Praying For Your Husband: Real Time or Soon To Be

I was recently doing a study of the anointing according to Exodus 30:25 when God told Moses,

“And thou shalt make it an oil of holy ointment, an ointment compound after the art of the apothecary: it shall be a holy anointing oil.”

As I was sharing this revelation with a sister in the Lord and God began shining a different light on this revelation revealing exactly what takes place when we pray for our husbands under the anointing. As He spoke, it became clear that this is a word in season for women who are currently married as well as single women who desire to be married. Single women must understand that God wants to use this time you’re “waiting” for a husband as a season of preparation. Whether you’re married or expectantly preparing for marriage, in order for your husband to recognize, accept and effectively walk in his calling of husband (and father), you must pray and give birth to that move of God in his life. Many women may feel unequipped to effectively pray for their husband, but God, in all His faithfulness has provided some very specific insight into this and I’m too excited to share it with you! Here’s what God revealed: 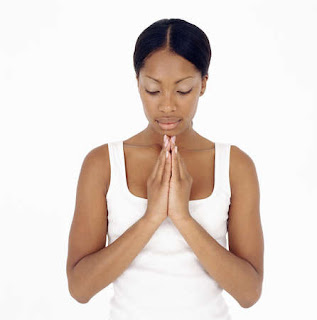 When we pray for our husbands (real time or future) in obedience to the Holy Spirit, an anointing is released to accomplished the will of God in our lives, individually and as a couple. When you pray under the anointing, you’re actually setting yourself in agreement with God and this agreement brings heaven and earth into perfect alignment. It’s as if an open heaven is created over your husband’s life, where God has access to work and move as never before. Therefore, praying and asking God to begin working in your husband’s live is the first step in releasing this anointing. However, once this open heaven is created, complaining, murmuring or speaking negative words will cause the opening to close, causing the move of God to come to a standstill.

GOD MUST HAVE OUR AGREEMENT TO DO ANYTHING IN THE EARTH!

When we pray as led by the Holy Spirit this is what we can expect to happen:

In the spirit, the anointing is just like an oil – a compound or ointment that is rubbed on or smeared on your husband’s life that allows bondages and shackles to fall off or to be slipped out of easily. The shackles being removed will bring liberty and freedom, allowing obedience to replace disobedience in areas where it has previously been a struggle. This is the same idea as the opening of a mussel, (the ones from the sea). When a mussel is boiled, the heat causes it to be opened and the meat, or flesh is revealed and it can be eaten, savored and enjoyed. (S/N: On the contrary, when a mussel opens before it’s time, it’s ruined and will make you sick if you eat it. Therefore entering into a relationship before God say’s its time, can have devastating results.)

This breaking open of the shells or falling away of the scales will also come through the concussion of sound or a violent blow of sound. The idea is that the anointing will release a sound that will cause scales to fall off of eyes and ears so that a spiritual awakening takes place. This anointed sound does not come from fighting or screaming in anger or frustration. It comes from shouts of praise! It is birthed out of our shabach praise that activates the Word of God and the will of God in your husband’s. When you “carry” your husband with you into praise and worship, you’re making a proclamation and a declaration of freedom that births a wave of power to release all that is bound.

When you’re flowing in this praise anointing, the sound released in the spiritual realm breaks and cracks and shatters the bondages of the enemy. The scales fall off the eyes. The blockages stopping up the ears break loose and fall away. The shackles that have kept your husband in bondage are destroyed – falling to the ground in pieces – never to be used or effective again.

This sound is compared to the roar of a lion. The lion’s roar is an unmistakable sound that reaches a diameter of 5 miles in every direction – marking the lion’s territory and warning predators to stay back, keep your distance or deal with my wrath. For the wife praying under anointing, it is a declaration that says,

“Get back devil! This man is mine and He belongs to the Kingdom of God! He’s a child of the King of Kings! He’s a free man walking in liberty, holiness, integrity and the perfect will of God! No more being bound by the enemy! He will never go back that way again and he will always remain faithful to his godly commitments!”

Once these shackles have been destroyed and removed, God can then begin to speak and your husband will have ears to hear and eyes to see as never before. This is where words like Deuteronomy 29:29 become a reality in your situation.

“The secret things belong to our God, but the things which are revealed belong to us and to our children so that we may fulfill all the covenant of God.”

This speaks to the Father unfolding, uncovering and revealing His secrets to His children. Those who take the time and the effort to press into His presence – to settle themselves at His feet to hear all that He desires to say. It’s for those who desire an audience with the King more than they desire their daily bread or the things of this world. Ask God to make your husband one of these people by creating in him an insatiable desire and an unmatched hunger to seek the face of God, to hear His voice and to know His heart.

With this deeper desire for God, your husband will be able to press further into the presence of God and make a deeper level of consecration. This process of pressing in and consecration, releases wisdom, insight, revelation knowledge, sensitivity to the voice of the Lord, an increase in faith and an ease of obedience that has never been experienced before. Along with all this will come elevation, promotion, increase and open doors for ministry. Therefore, if you want to see your husband grow in his faith, fussing and arguing about church attendance and such matters will not work. Getting into a posture of prayer, asking God to release an anointing on his life is what needs to happen.

Praying under the anointing will increase his capacity to see the vision of God and to see things as God does. This two-fold work of the Holy Spirit will increase your husband’s ability to “see” better because he’ll be elevated to a higher level. The higher he goes, his perspective will change and it will be the easier for him to see things. This sharpening of his vision comes through the removing of the scales from his eyes and also from God opening his understanding.

With this release of anointing your husband will experience an outpouring of the fullness of God. God’s richness, His fatness and the weight of His glory will descend upon his life in unprecedented ways. This release will bring fresh revelations and new ideas, innovations, the knowledge of witty inventions and the activation of God’s favor to produce wealth and abundance in your husband’s life. It will release an impartation of information, the solutions to problems, business ideas, books, songs, music, movies and artistic creativity that only your husband will be able to capitalize on. As you pray for him in this area, God will align him with those who are called alongside to help him bring his God-given vision to pass. As you pray God will bring divine connections and the favor your husband needs to keep and maximize every divine appointment with those who will fund and help him accomplish the work of God in his life.

Along with this anointing to prosper in his work life, business life and ministry, pray that your husband will become and remain a faithful sower. This will result in him entering into the cyclical economy of God. As you ask God to increase his understanding of seed, time and harvest, he will become a joyful giver as he sees God responding his faithfulness. With a deeper commitment to giving, accelerated increase will manifest in his life as the reaper overtakes the sower.

In other words, as God releases an anointing to prosper on your husband’s life, the “time” part of the seed, time and harvest process will be compressed or shortened so that the harvest comes as soon as the seed is released. For instance, begin to declare that when he sows into an offering it returns supernaturally fast. Pray that when he gives a certain amount of money in a church service, before he can get to his car, someone places in his hand a monetary blessing equivalent to or great than the amount given in the offering. (True testimony.) Declare over his life that his business/ministry opportunities will double or even triple and ask God to give him the strength and vigor to keep up with the demand and the wisdom to expand and create employment for others.

As God blesses in this rapid succession, his faith in the area of finances will soar and whatever doubts, concerns or worries about providing for the needs of his family will disappear – along with all those fights and arguments over money that ruin so many marriages.

I hope you can see that what happens in our husband’s lives really does rest on our faithfulness to pray under the anointing of God. Our anointed prayers will indeed destroy the yokes of poverty, lack, unbelief and ignorance and move God to release an anointing that will change your husband into the man that God created him to be. And as you pray and spend that time in God’s face, you will also begin to change and your faith will grow by leaps and bounds as the anointing destroys the yokes off your life!

As you pray for your husband, spend time lingering in the presence of God. Not rushed, not complaining about the man or running your mouth asking for more stuff, but settle yourself before God – hearing, listening and learning until God releases an anointing on you to begin speaking what you’ve heard from God.

You will find that God will anoint you to speak by inspiration of the Holy Spirit. Therefore, when you speak blessings over your husband you will literally drop words from heaven...words that emanate from the Father’s heart, pouring from His very lips. Prophetic words that will fall on your husband’s life like fresh dew in the morning – covering everything in his life. Your home, you family, your health, your businesses, your finances, and your marriage will be saturated with the goodness of God! 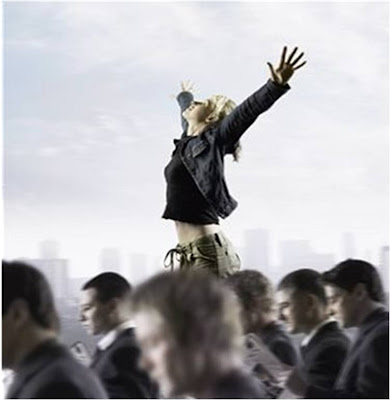 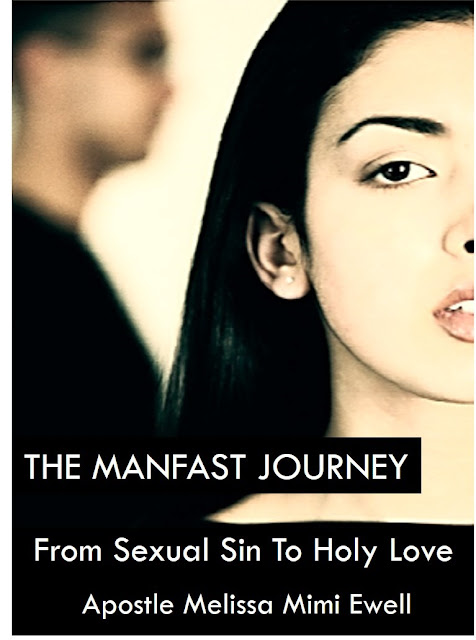